It’s been a while….again. I have had some crazyness at work lately preparing for some very important visitors and by the end of the day I barely have had enough energy to cook dinner, so blogging was just not going to happen.

Luckily I have my routine of shopping on Sunday with a menu for the week or I’m pretty sure we would have ordered takeout multiple times the past few weeks! Thank goodness for routine! (And a helpful husband 🙂 )

So visits are over and things are settling down at work. Retail is harder then it sounds! And speaking of work, my career is actually about to change!

In case you don’t already know, I’ve worked retail as long as I can remember. My first job was retail at a video rental store and from there I jumped from a department store job to a vendor representative to visual at Macy’s. I’ve pretty much been in retail for 21 years.

Anyway, in two weeks from now will be working for an awesome company running some customer service stuff, but mostly creative stuff and I am way excited!

My passion is art and creativity and it is very exciting to be chosen to help a company with those things. I think my future is very bright on this new path. 🙂

So this weekend feels like my first weekend of downtime and I was able to try a few new recipes. I had been dying to make some new desserts and I was also missing green beans a bit so tonight I made both!

If you don’t already own Juli Bauer’s Paleo Cookbook I highly reccommend you buy it. Every single recipe that I have made from it have been amazing! I absolutely love it!

Tonight we made coconut cashew chicken fingers and Sweet and crunchy green beans for dinner. So good! Here’s the recipe for the green beans 😉

Boil green beans for 10 mins, then place in ice water

In about 3 tablespoons of bacon grease cook the chopped onion until translucent. Then add coconut aminos and cook until reduced and coats a spoon.

Add beans back to pan and stir until warmed.

Pour into a dish and top with almonds. 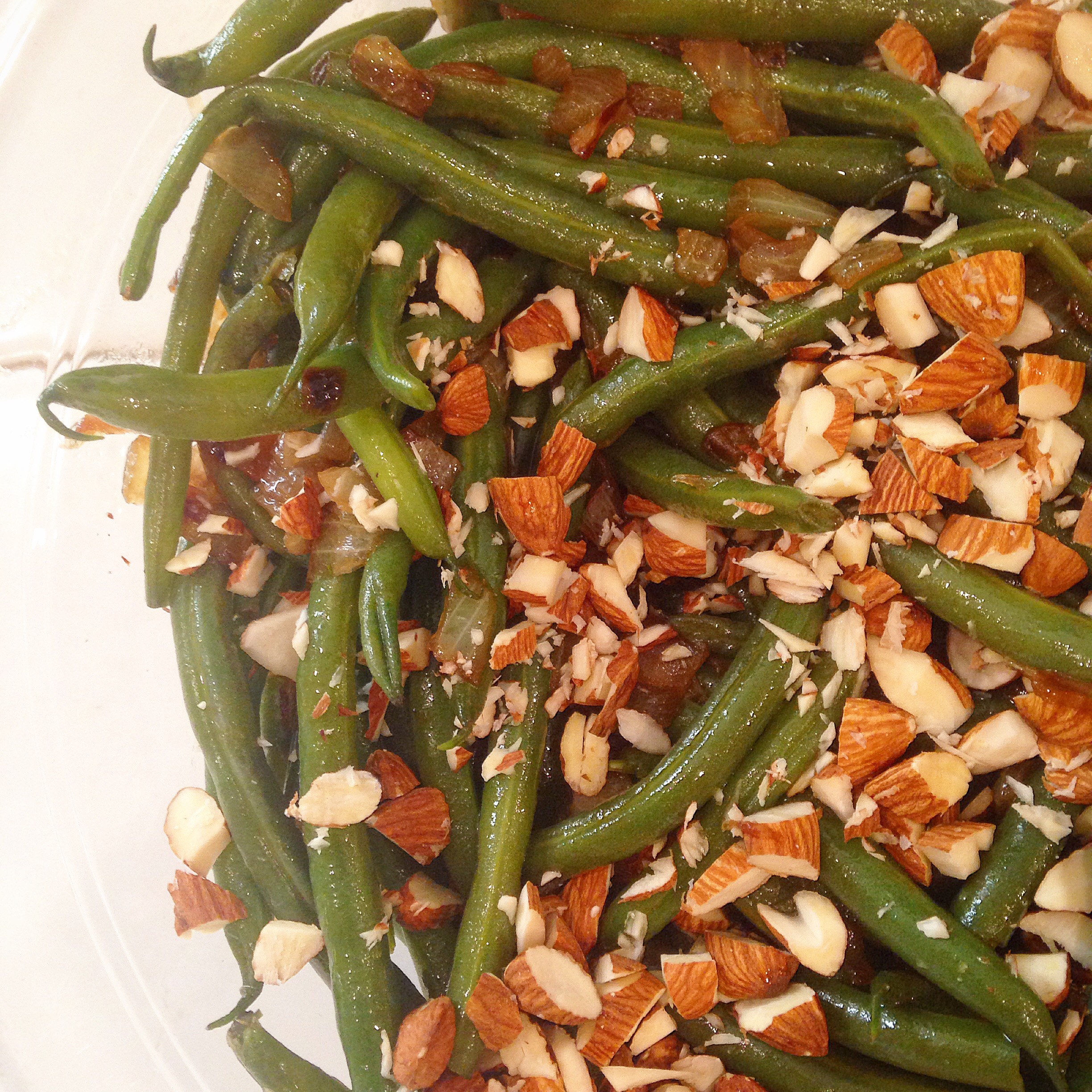