It’s been a little while since I last blogged. I try not to force it. I really want to blog when I have something important to say.

I’m coming up on 1 year paleo in about two weeks and it is so crazy to think that almost 365 days ago I decided to make a change, and I actually stuck with it! They say it takes 21 days to change a habit, and I believe that is true. That means you only need to make it through 3 little weeks to change your eating habits. That’s it. 3 weeks.

I have to say, there are foods that I NEVER, ever, ever thought I could give up. Bread being one of them….. Honestly, I really don’t miss it that much. When I eat a burger I order it as a lettuce wrap or just plain, and I do not miss the bun at all. When I think about a bun I really think about fake, sugar filled bread. It doesn’t even sound good anymore. Burgers have so much flavor without the bun. I kinda think the bun overpowers the burger, to be honest. A greasy burger with super fresh veggies is delish!

Another thing I didn’t think I could part with is pasta. One year ago I would have never ever imagined giving up pasta. I thought it would be super hard, but I have not had pasta in a year. A full year! Can you believe that? Not even a cheat meal. Absolutely no pasta. I have converted completely to spaghetti squash.

Spaghetti squash is amazing. At first paleojr wouldn’t eat it, but I just kept trying, and one year later, he loves spaghetti squash.

I make spaghetti with it and also a yummy 5 ingredient pizza spaghetti pie  (recipe from paleomg.com) you can do pasta primavera or any “pasta” dish really. It’s so good. And so healthy. If you haven’t tried it, I highly recommend it.

In all honesty, my favorite cheat of all this past year is cheese and wine. I try to buy high end cheeses and even grass fed whenever possible. Wine is almost always red and local. Organic when possible, but I just try to keep it in moderation.

My last cheat is chocolate.

The reason why most chocolate is considered a cheat is because it contains refined sugar and soy……high end chocolate is hard to find (around here , anyway) and very expensive, so it’s not often that I can actually have it. I also try to eat  chocolate in moderation.

So speaking about sweets, I decided this week I’m going to share a recipe from almost a year ago. I had been having a difficult time with my sweet tooth and started googling cookies. I found this yummy recipe, and actually only made them once. I made them again tonight and really enjoyed them. They are called Triple Almond Cookies. Here it is:
Triple Almond Paleo Cookies

Combine all dry ingredients in a large bowl 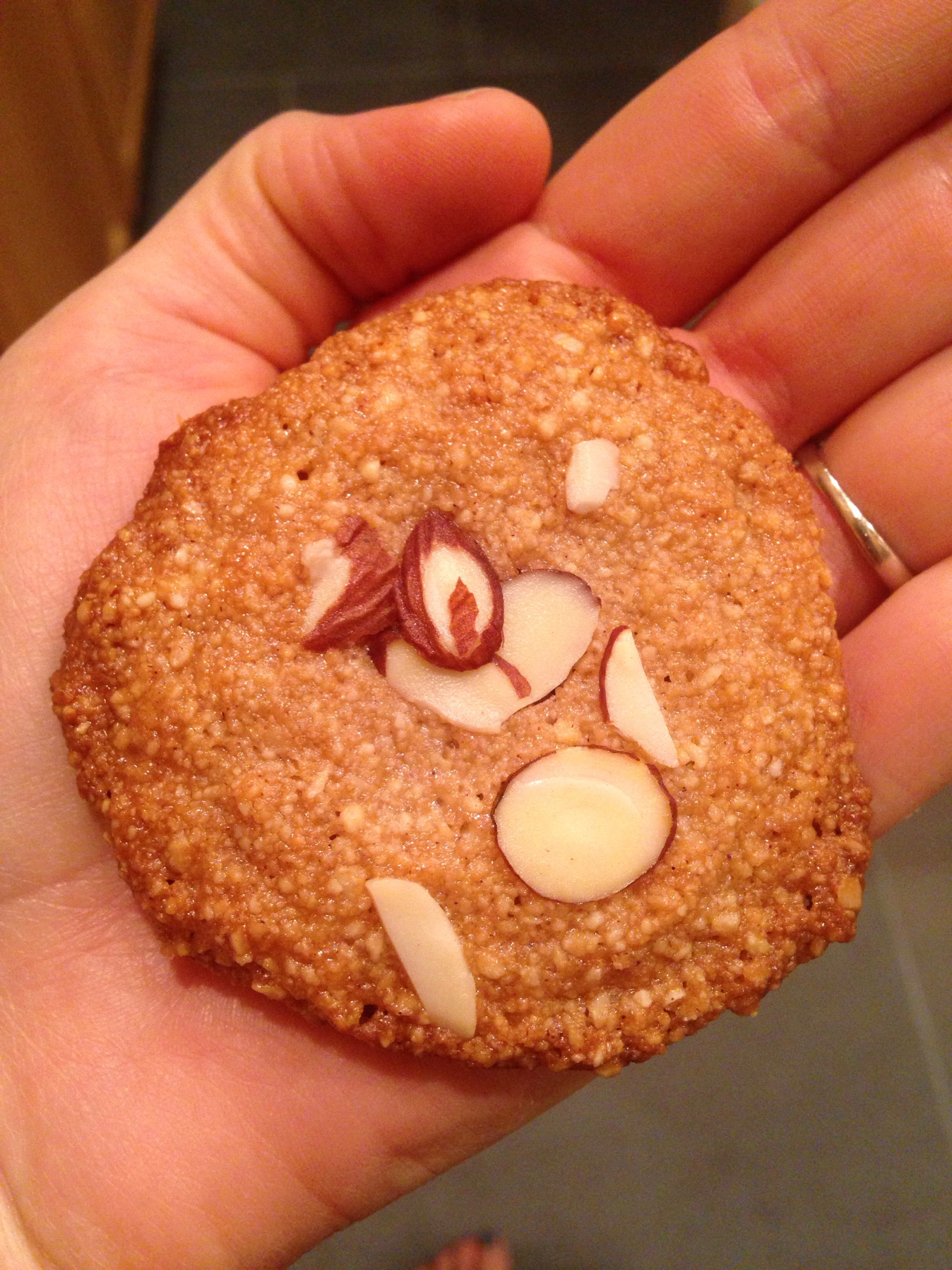