I feel like my family has started to get into a food routine. We have our 5-7 favorite paleo dinner recipes, and we just rotate them. This is not at all how I want dinner to be. I do not want to go back to eating b-o-r-i-n-g dinners! I have decided to try a new recipe at least once a week.
Last week I did a photo shoot for a friend of mine that lives out in the country. She sent me home with fresh eggs and beautiful Swiss chard.
I have never bought or cooked Swiss chard before, so I tried a super easy recipe which was just chopping it and sautéing it in olive oil with salt and pepper and some spices. It turned out really good, and the colors were spectacular!
This week when I delivered her disc of photos to her, she again gave me fresh eggs and Swiss chard, so I decided to step it up a notch on my recipe.
Since I’m not familiar with it, I literally googled “Swiss chard recipes” I found a few that looked really good, but one in particular stood out to me.
I had to slightly alter it to make it paleo, but that was kinda fun. It called for bread crumbs that I changed to almond flour. It also called for beef, but I had already thawed ground turkey. The original recipe had you make a tomato sauce, but I have found a few in a jar that are paleo friendly, and really good too. So here’s what I came up with:

In a large mixing bowl combine all ingredients except broth, leaves and marinara
Separate meat mixture into 8 oblong rolls
Cut stems off of leaves
Place meat into each leaf
Roll tightly and place seam side down into a nonstick pan
Pour chicken broth over rolls, cover, and bring to a boil
Reduce heat to med and cook for an additional 10-15 minutes until cooked through
Discard broth then pour warmed marinara over the rolls.
Enjoy!
When I plated them I felt so fancy! Like a professional chef or something! 🙂 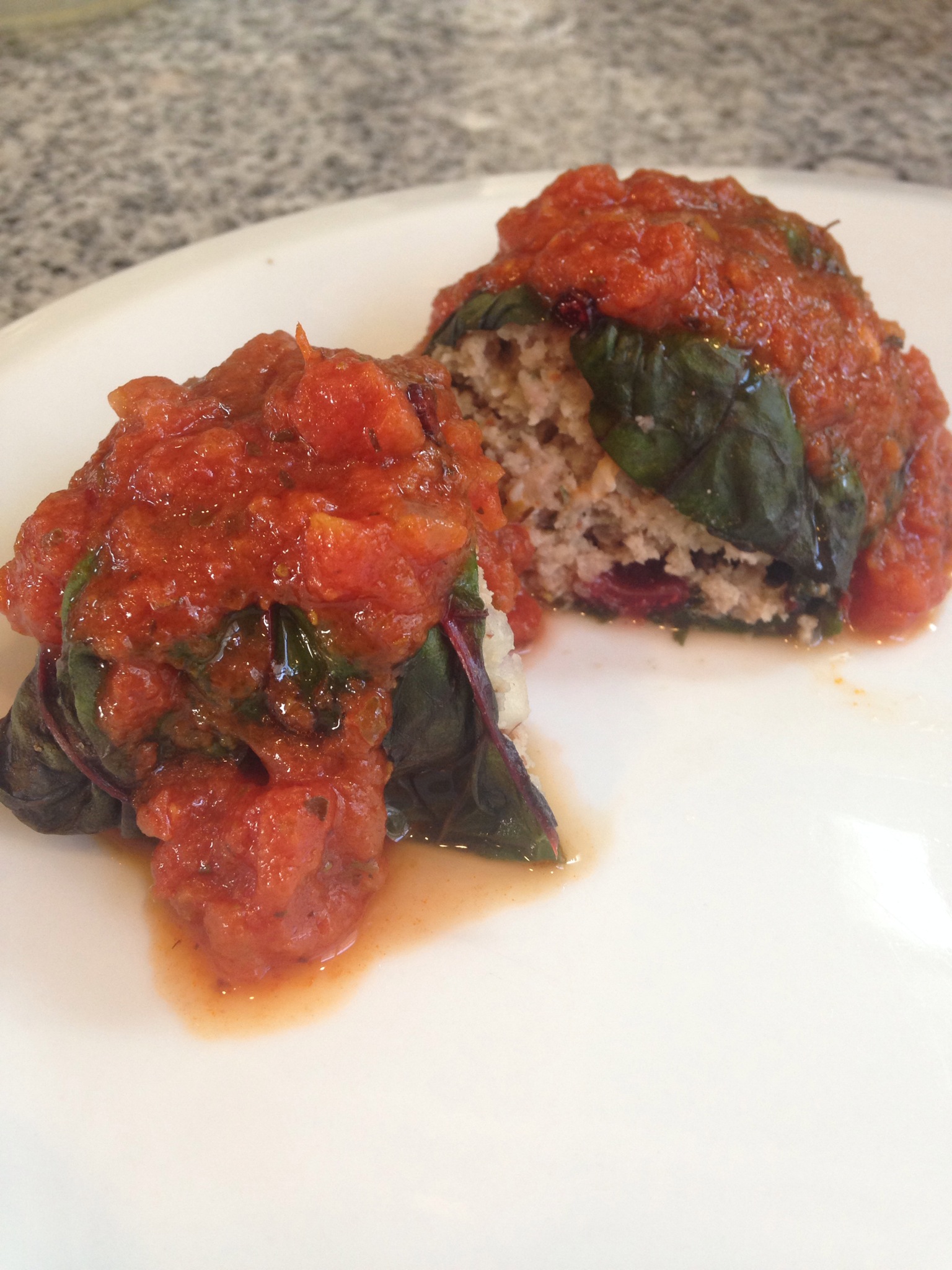 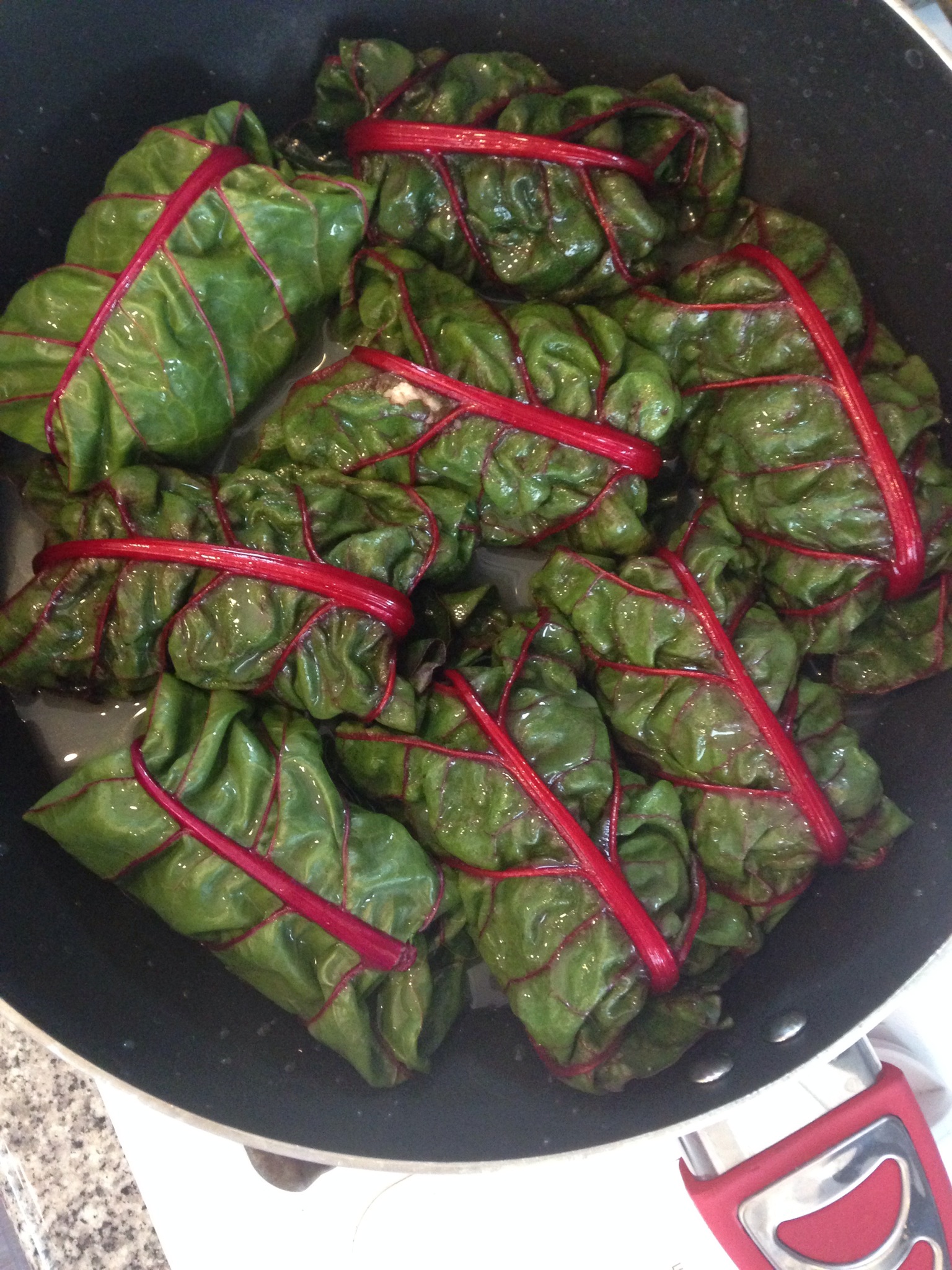 717 thoughts on “So Fancy (turkey stuffed Swiss chard with marinara)”